Analysis of bouncing attack on FFG

In this post, I dig into the bouncing attack on Casper FFG, which is already known to potentially make a permanent liveness failure of FFG. I present specific cases where this attack can happen. Also, I describe how the choice of the fork-choice rule relates to this attack. 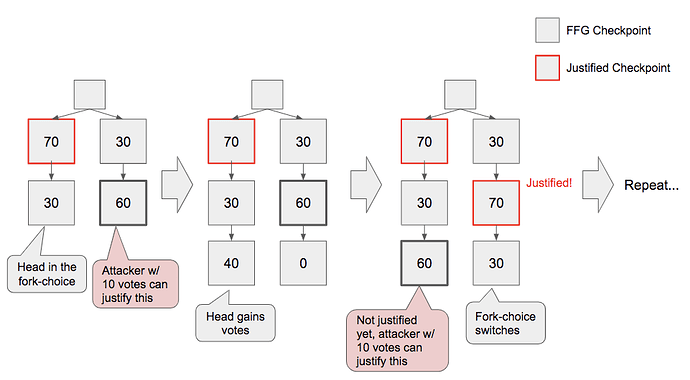 Because of this, FFG cannot have liveness in eventually/partially synchronous model regardless of the choice of the fork-choice.
Then, looking deeper than the traditional network model in distributed systems, in what situation this attack happens in practice?

The protocol we discuss is as follows:

First, we discuss bouncing condition i.e. a condition in which an attacker can do a bouncing attack even in fully synchronous network.

Bouncing condition: there exists a latest justified checkpoint C and justifiable checkpoint C' such that (i) C' is later than and (ii) conflicting with C.

This condition is sufficient to start bouncing attack; because if it is satisfied, 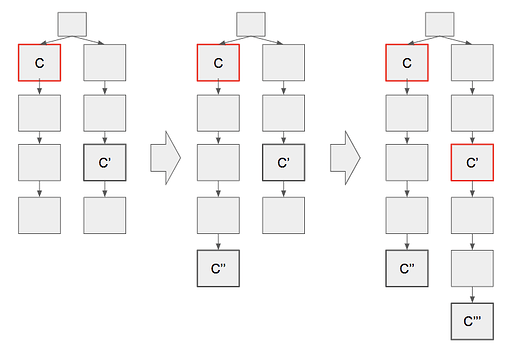 How the bouncing condition is satisfied?

Below, we describe scenarios where the fork-choice switches and the condition is satisfied by ~2 epochs of network failure.

Case 1: Switch by saving (only in LMD)

In LMD GHOST, the attacker’s votes from an epoch earlier than \mathrm{Epoch}(C) can make the switch.
One example is a case where the attacker saved votes up and then published it. 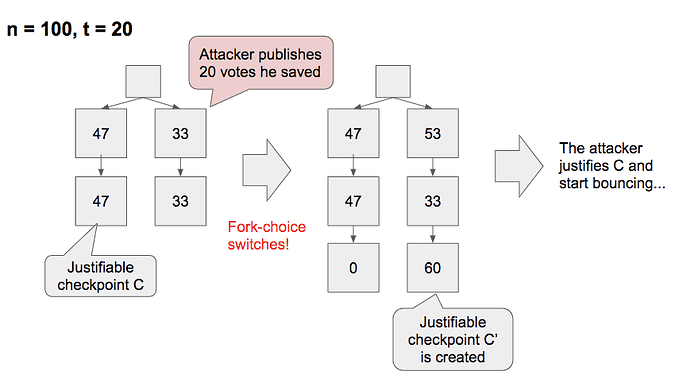 The exact condition that this happens are:

In simple terms, if the justification is delayed until the attacker succeeds to save up some votes and then in a later epoch the votes are sufficiently split, the attacker can start the bouncing attack.

Compared to the decoy-flip-flopping where the attacker also needs to succeed in saving, this is much stronger and easier to do successfully.

In FMD GHOST, which modified LMD GHOST so that only votes from the previous/current epoch are counted, this strategy does not work because the saved t' votes cannot affect the fork-choice.

Here, we consider a case where the network delay is biased (by accident or the attacker) for votes for C and the fork-choice switches. 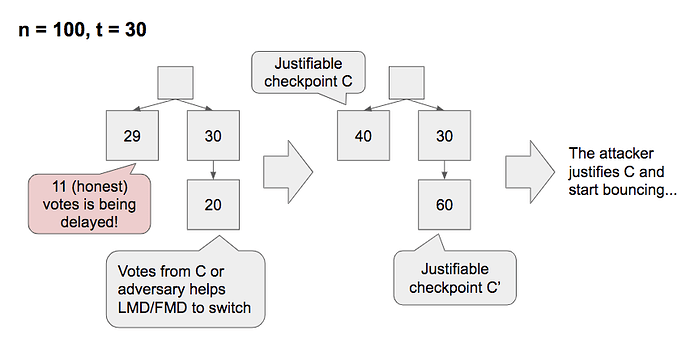 The exact condition that this happens are:

In the above example, where there is no fork earlier than \mathrm{Epoch}(C), there is no difference between LMD and FMD.
However, when the fork is from an earlier slot and most of the validators voted for the same chain as the previous epoch, there is a case where the attack succeeds in FMD but not in LMD. 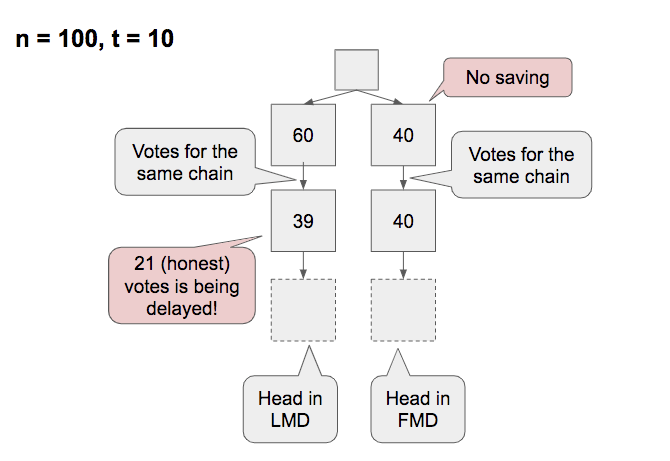