Architecture of a geth-based eth1 engine

This is a proposal for an eth1 engine based on geth, called Catalyst. Thanks to @mkalinin and @djrtwo for their valuable input.

This post presents a general overview of Catalyst, an eth1 engine[1] based on geth.

Catalyst is the name of a fictional device in the Mass Effect series, that triggered the creation of a synthetic foe called the Reapers, who in turn created the Geths.

figure11315×453 16.5 KB
Figure 1: eth1-aware nodes are made of a eth2-eth1 pair in which the eth2 client manages block propagation and the eth1 “engine” manages the state transition.

Each eth1-capable eth2 client has a copy of Catalyst running by its side. They communicate through an RPC API[2]. During its lifecycle, a block goes through four steps:

When the eth2 client determine that it has been elected to produce the next block:

Note that if head is not the eth1 chain’s current head, it will return an error.

When the eth2 client has been selected to validate a block:

Note that since validateBlock is fairly redundant with insertBlock, it might be deprecated after further experimentation with this API.

When any eth2 block is published, the eth2 client calls insertBlock on its eth1 engine to have this block added to the chain. The block is processed and is saved to the DB along with its post state.

If the block’s parent is not known, an error will be returned.

Every time the eth2 fork choice rule triggers a new head, the eth2 client calls setHead to tell the eth1 engine that this block is the new head of the chain. This might cause a reorg. 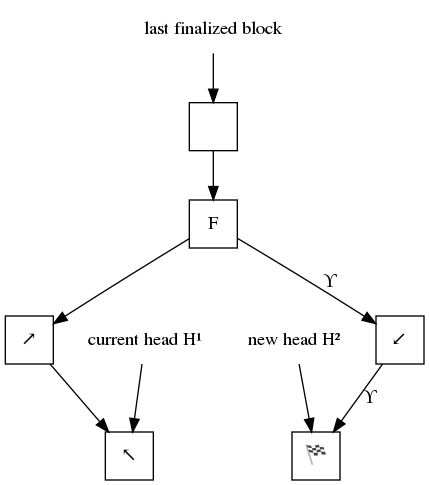 Figure 2 in the case where the new head H² is on a different branch than the current head H¹, the heads is rewound from H¹ to the fork point F, and then advanced back to the new head. The new head location is then saved.

When setting the new head H², the eth1 engine will trace back the parent chain, expecting to encounter either:

Figure 3 in the case where the new head H² is a direct parent of the current head H¹, F is set to be H¹, and then the transition function ϒ is executed (if necessary) on each block between H¹ to H². Then the new head location is saved.

Makes sense to me!

More abstractly, I guess the goal would be to move the geth codebase to an architecture where (i) the part that deals with fork choice, validation of PoW, etc, and (ii) the part that says “verify a block”, “add a block”, “create a block”, are as separate as possible?

It would be possible, Go modules make this much easier. It won’t be immediate since some core bits of geth are still tightly integrated. A good motivation for code modularization, though.