Thanks to Vitalik Buterin for his feedback. 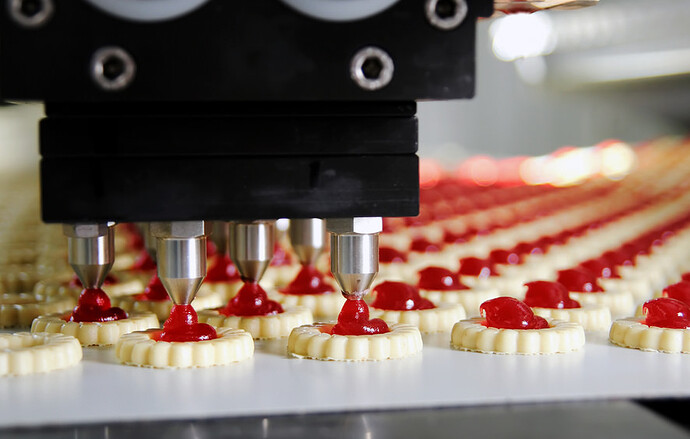 In a 2019 post Vitalik Buterin introduced Fast verification of multiple BLS signatures. Quoting his own words this is

The original post includes some preliminary security analysis, but in this post we’d like to formalize it a bit and address some specific risks in the case of:

We described several attacks that work in those cases, and provide proof-of-concept implementations using the Python reference code.

The naive method thus consists in checking these n equalities, which involves n+\sum_{i=1}^n m_i pairings, the most calculation-heavy operation.

To reduce the number of pairings in the verification, one can further aggregate signatures, as follows: the verifier generates n random scalars r_i \geq 1, and aggregates the signatures into a single one:

the verifier also “updates” the signed messages (as their hashes to the curve) to integrate the coefficient of their batch, defining

Verification can then be done by checking

In particular, if m_i=1, \forall i, then verification requires n+1 pairings and 2n multiplications, instead of 2n pairings. Depending on the relative cost of pairings vs. scalar multiplications, the speed-up may vary (see this post for pairings implementations benchmarks)

Informally, the batch verification should succeed if and only if all signatures would be individually successfully verified. One or more (possibly all) of the signers may be maliciously colluding. Note that this general definition implicitly covers cases where

For a formal study of batch verification security, we refer to the 2011 paper of Camenisch, Hohenberger, Østergaard Pedersen.

Note that in the Ethereum context, attackers have much less freedom than this attack model allows, but we nonetheless want security against strong attackers to prevent any unsafe overlooked scenario.

The importance of randomness

The randomness has been already discussed in the original post. Buterin points out that if coefficients are constant, then an attacker could validate invalid signature:

the randomizing factors are necessary: otherwise, an attacker could make a bad block where if the correct signatures are C_1 and C_2, the attacker sets the signatures to C_1+D and C_2-D for some deviation D. A full signature check would interpret this as an invalid block, but a partial check would not.

This observation generalizes to predictable coefficients, and more specifically to the case where \alpha attackers collude and any subset of \beta\leq \alpha coefficients are predictable among those assigned to attackers’ input.

Note that the coefficient can’t be deterministically derived from the batch to verify, for this would make coefficients predictable to an attacker.

Buterin further discusses the possible ranges of r_i to keep the scheme safe:

We can also set other r_i values in a smaller range, eg. 1…2^{64} , keeping the cost of attacking the scheme extremely high (as the ri values are secret, there’s no computational way for the attacker to try all possibilities and see which one works); this would reduce the cost of multiplications by ~4x.

If coefficients are uniformly random b-bit signed values, then there is a chance 1/2^{b-1} that two random coefficients satisfy this equality (1 bit being dedicated to the sign encoding), and thus that verification passes. Otherwise, the chance that r_1 D_1=-r_2 D_2 for random coefficients is approximately 2^{-n}, with n the size of the subgroup in which lie D_1 and D_2.

However, the latter attack, independent of the randomness size, will fail if signatures are checked to fall in the highest-order subgroup (see the section The importance of subgroup checks).

In practice, BLS signatures are not purely used as signatures, but implementers take advantage of other informal and implicit security properties such as uniqueness and “commitment”. That is, if the private key is fixed, given a message not controlled by the signer, the signer can’t manipulate the signature. In the case of bad randomness, such use cases may be insecure.

that is, calculating further:

What it means is that the first and second signer can manipulate the signatures so that the first signer wins the lottery while making batch verification valid.

The importance of subgroup checks

The current state-of-the-art pairing curves such BLS12-381 are not prime-order, for this reason the BLS signatures IRTF document warns about it and mandates a subgroup_check(P) while performing some operations. For batch verification, subgroup check is essential, as previously commented.

The lack of subgroup validation appears to have a greater impact with batch verification than with standard BLS validation, where points in small subgroup are not known to trivially be exploitable, as noted in the BLS signatures IRTF document:

For most pairing-friendly elliptic curves used in practice, the pairing operation e (Section 1.3) is undefined when its input points are not in the prime-order subgroups of E_1 and E_2. The resulting behavior is unpredictable, and may enable forgeries.

and in the recent Michael Scott’s paper:

The provided element is not of the correct order and the impact of, for example, inputting a supposed \mathbb{G}_2 point of the wrong order into a pairing may not yet be fully understood.

The difficulty of performing an actual attack is also due the fact that \mathsf{gcd}(h_1,h_2)=1 where h_1 and h_2 are the respective cofactors of E_1 and E_2. Hence pushing the two pairing’s input to lie in the same subgroup is not possible. Let’s see an example based on BLS12-381, where

Choosing an invalid signature S_1 of order 13 and a public key P_{1,1} of order 3, a potential attack would succeed (to pass batch verification) with probability 1/39=1/3 \times 1/13. The attack assumes an implementation that multiplies the public keys by r_i's rather than the messages (in order to gain speed when there a distinct messages signed by a same key) as described here and implemented for example by Milagro.

An attack then works as follows in order to validate a batch of signatures that includes a signature that would not have passed verification:

It follows that verification will pass when all other signatures are valid, even if P_1's signature S_1 is not valid.

Note that the Ethereum clients (Lighthouse, Lodestar, Nimbus, Prysm, Teku) will already have performed subgroup validation upon deserialization preventing such an attack.

Secure implementations of batch BLS verification must ensure that:

Additionally, implementations may prevent DoS by bounding the number of messages signed.