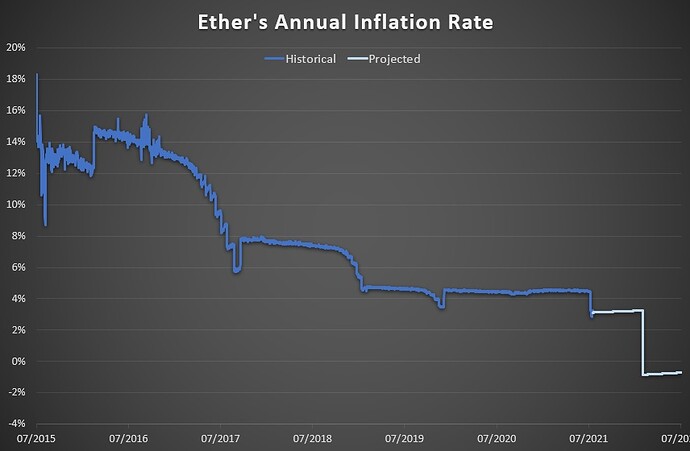 The first thing to note in this chart is that last week’s London hard fork, which included fee-market improvement EIP-1559, immediately brought Ether’s inflation rate to its lowest historical level, at around 3%.

The conservative projection in this chart shows that Ether will become deflationary right after The Merge (the last drop shown in the chart), irrespective of the date on which it happens. After all, The Merge will cause a ~13,400 Ether, or ~90%, drop in daily issuance as the PoW network is removed and effectively replaced by the Beacon Chain PoS network.

Behind The Merge, the second most important factor affecting the inflation rate is burned fees. Despite its early stability (with daily burned fees ranging between 4,100 and 5,300 Ether at the time of writing), this factor will probably oscillate substantially in the future as fluctuating transaction demand pushes gas prices up and down. But overall, if the Ethereum economy growth outstrips the ongoing scaling efforts, as it always has in the past, burned fees are more likely to increase than to decrease. And this will only make Ether more deflationary.

This projection was made under the following assumptions:

Chart created with data from Etherscan.io and Etherchain.org

Inflation rate history in the 25 days since London. 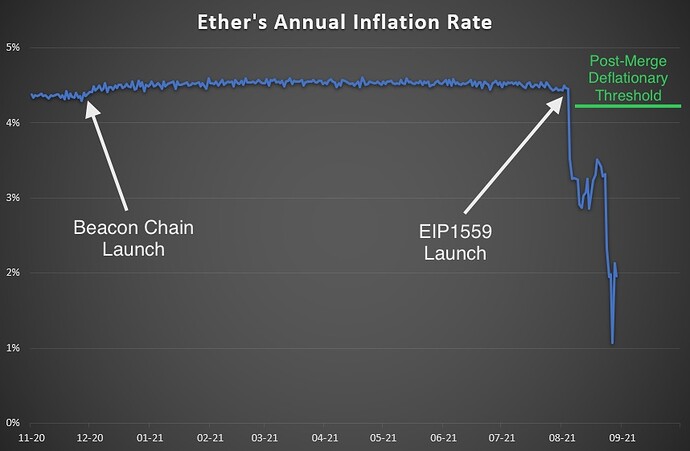