The main purpose of this refinement is to solve the problems of the previous approach and thereby gain atomicity. 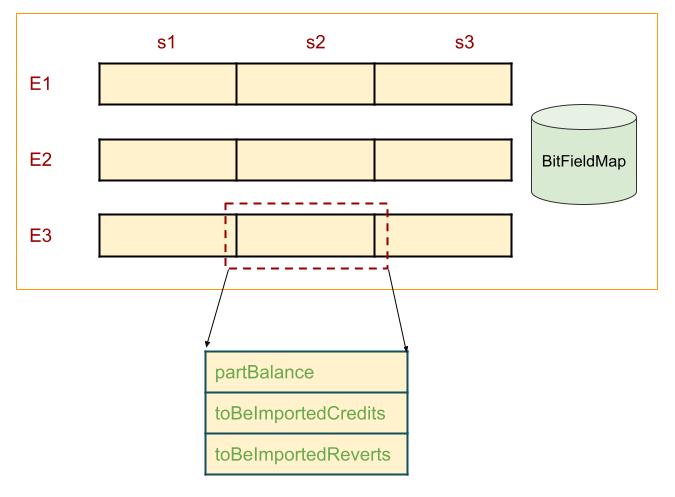 WLOG assume that a Block Proposer (BP) is proposing a block numbered k on shard s_1. Then BP executes the following algorithm for every EE E_i.

The datastructure BitFieldMap is stored in the shard state to protect against replays of credit transfers and to time-out credit transfers. It is a map from a block number to a set of elements of the form (t_i \mapsto b_i), where the block number identifies the block on the sender shard where a cross-shard debit transfer t_i happened, and b_i is a bit initially set to 0.

A timeBound is required to kick out long pending credit transfers. The second bullet of step 3 describes this procedure. The idea is to move the expired user-level credit transfers as user-level reverts on the sender shard, and achieves a fixed size for BitFieldMap.

A revert transfer is placed in the shared portion of the EE-level state when either the corresponding credit transfer fails or expires. It is stored in the local shard state, but in the portion that is reserved for the sender shard. The step 4 collects all the portions and processes the user-level reverts.

Note that the EE-level revert happens on the recipient shard in the same block where the credit transfer fails or expires. However, the user-level revert happens in the very next slot on the sender shard. This technique pushes the revert to the EE host functions instead of treating them as separate transactions. This avoids complex issues like revert timeouts and revert gas pricing.

In every block, a BP has to get the outstanding credits and reverts from every other shard. This is inherited from the netted balance approach, where a BP requires the netted balances from all shards. However, it is restricted to the sender EE’s that are derived from the user-level transactions included in the block. The problem is aggravated here, because we would need to request from all EE’s, even for the EE’s not touched in this block. 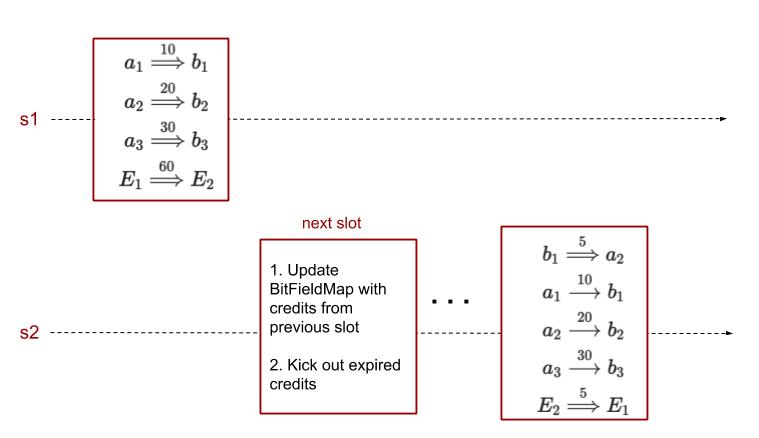 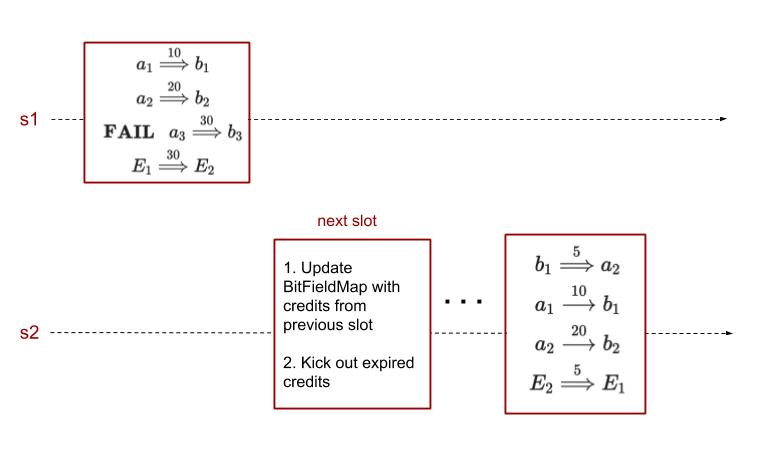 A 26 minute video explaining this approach is here: https://youtu.be/abdY4yOThLc

Talking with Roberto Saltini (PegaSys, ConsenSys) @saltiniroberto revealed many scenarios, especially the case when a Block Proposer (BP) is Byzantine. A Byzantine Block Proposer (BBP) might choose to deviate from the above algorithm. It becomes clear from the following that the protocol withstands such a BBP.

Checks done by a Validator / Attester

So, if a BBP chooses to

his / her block will be invalidated by the attesters, assuming that the two-thirds of the attesters are honest.

Also, in the discussion, @saltiniroberto pointed out that BitFieldMap is more of a set rather than a map to bits. It can be replaced by a set, where BitCheck checks membership and SetBit removes the element from the set.