Thank @kilic, @jannikluhn, and @Mikerah for the review and the advice

For readers interested in the BLS signature in Eth2, I highly recommend “BLS12-381 For The Rest Of Us”^ben-bls by Ben Edgington, which provides long but not too long answers to common questions.

The article also assumes the readers heard of the terms like G_1, G_2, and pairings. “BLS12-381 For The Rest Of Us” is also a good source for understanding those.

When we talk about the BLS signature, we are talking about the signature aggregation technique. The BLS here is the name of three authors Boneh, Lynn, and Shacham. ^bls

Which curve should I use?

BLS signature aggregation works on pairing friendly curves. Ｗe have to choose which of the following curves to use.

At the time of writing this document (2020-Aug), we can only use alt_bn128 curve in contracts. The alt_bn128 curve is specified in EIP-196^eip196 (curve point addition and multiplication) and EIP-197^eip197 (curve pairing) and introduced in Byzantium hardfork October 16, 2017^byzantium-fork.

The cost is further reduced in EIP-1108^eip1108, and was live on mainnet in Istanbul-fork^istanbul-fork.

We use alt_bn128 in the examples hereafter.

Notes on size of the elements

A curve point’s y coordinate can be compressed to 1 bit and recovered by x.

This is a decision you’ll face in the project.

The option saves more gas in your project is better.

We’ll use the big public keys in the examples hereafter.

We have a curve. The points on the curve can form a subgroup. We define \Bbb G_2 to be the subgroup of points where the curve’s x and y coordinates defined on F_{q^2}. And subgroup \Bbb G_1 with coordinates on F_q.

It maps the message to an element of \Bbb G_1

Proof of why verification works

Developers usually work with a wrapped contract that has clear function names and function signatures. However, the core of the implementation could be confusing. Here we provide a simple walkthrough.

We translate the above code into math formula. Where the nG2 is the negative “curve” operation of the G_2 group generator.

If the above formula is not straight forward, let’s derive from the pairing check we usually see. The message here is the raw message hashed to G_1.

We can choose from Hash and pray approach or Fouque Tibouchi approach:

The following discussion are for hash to G1. For the case of bn254 in G2, see musalbas’s implementation

Attempts to fix hash and pray

A sqrt iteration takes 14k gas due to the call to modexp precompile.

Attempt to replace modexp with a series of modmul. optimized cost is 6.7k 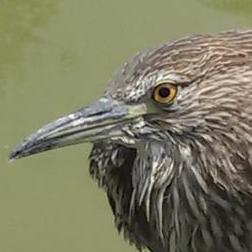 Contribute to ChihChengLiang/modexp development by creating an account on GitHub.

So as the above example, to validate a single signature takes 2 pairings and thus 113000 gas.

Here are cases to consider the aggregate signature:

In the Hubble project, we use BLS signature to achieve 3000 TPS on ropsten

Packages to do BLS 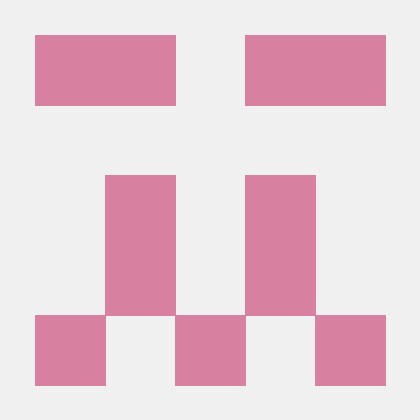 Contribute to kilic/evmbls development by creating an account on GitHub.

Contribute to ChihChengLiang/bls_solidity_python development by creating an account on GitHub.

To expand on this a bit - a client library can generate witness values as to the expected result of a sqrt operation. If the sqrt for x exists - great, provide a witness w such that w^2 = x. If not, provide a witness w such that w^2=-x. This exists and works since -1 is not a quadratic residue (doesn’t have a square root) when the field has p = 3 \pmod 4, and so if x is not a quadratic residue then -x is. p = 3 \pmod 4 is true for both BN254 and BLS12-381.

i have an example for BLS signature verification (following the scheme used in eth2) here:

This file has been truncated. show original

it uses the EIP-2537 precompiles (which are not yet deployed) but may be useful for anyone looking to play around with this stuff.

Which curve should I use?

This strongly depends on:

The BLS signature standardized draft spec is there by the way: https://tools.ietf.org/html/draft-irtf-cfrg-bls-signature-02

If that can help, in Eth2 we use small public key and big signature because each individual validator public key must be store in the state while signatures can be aggregated.

If we create something new, I think we should follow the hash-to-curve draft standard. Many blockchains agreed to follow it for BLS signature over BLS12-381 (Algorand, Chia, Dfinity, Eth2.0, Filecoin, Zcash at least and Tezos is exploring it), unless we need it for legacy purposes (Aztec protocol for example), I think all hashing going forward are better served by a standard. It would be easier for optimized software (and hardware?) implementations to emerge.

Also a hash-to-curve precompile might be necessary there are many costly operations namely:

Lastly, I’ve skimmed through the Pixel signature scheme by Dfinity and Algorand and it seemed quite interesting in terms of state size:

They claim 35% reduction of state size and 38% reduction in verification time.

Performance figures on Fp, those are from the pairing library I’m building at: https://github.com/mratsim/constantine and should give you an idea of the gap between Solidity and an optimal native implementation. Unfortunately I didn’t implement pairing/verification yet.

The code on Fq / G1 is probably optimal (as in even if you write pure assembly you cannot get more than 3% faster). Note that variable-time inversion can be made 5x~10x faster than constant-time inversion. 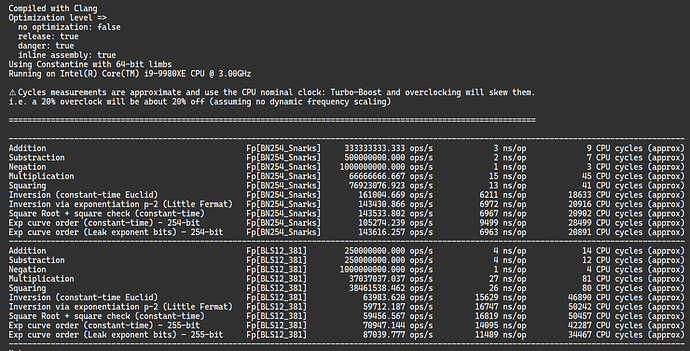 Well - we have them implemented at SKALE

This file has been truncated. show original
2 Likes