TL;DR We propose Apsis, a blockchain that supports synchronous and reliable invocation to HTTPS APIs with retroactive verifiability. Apsis can be used to build on-chain Oracles which provides end-to-end data verifiability from data sources to data consumers. It can be also used to build hybrid blockchain applications to take advantage of both Web 2.0 and Web 3.0.

Current blockchain applications rely on so-called off-chain Oracles to access external data, such as asset price in centralized exchanges. Existing Oracle solutions, such as ChainLink, API3 and Band are all off-chain Oracles since they have off-chain segments on their data path between data providers and data consumer DApps.

Off-chains Oracles are the security bottleneck of blockchain applications. They share similar drawbacks:

We believe that off-chain Oracle is a compromise and temporary solution to access external data. If a blockchain itself can access HTTP API persistently and reliably, blockchain applications can read external data in transactions instead of trusting an external off-chain party to feed them the correct data. Moreover, the application scope of blockchain can be significantly expanded with HTTPS access capabilities.

Blockchain data is retroactively verifiable, but HTTP data is not. However, this could be achieved if the follow assumptions are met:

The first and third assumptions are met by most HTTP servers, and the high stake nature of blockchain applications implicitly preclude those incompatible servers. The second assumption can be met by integrating SSL certificate validation on-chain. With these assumptions met, we are able to construct a proof for an HTTP invocation history with the following elements:

The proof above allows us to validate an HTTP API is invoked at a specific timestamp because:

The HTTPS access capability in Apsis EVM is provided with an EVM precompile. Below is a sample of the HTTP precompile written in Solidity.

The code snippet below shows how to read asset price using HTTP and rebase in a single transaction:

When HTTPClient precompile is called, in addition to reading data from HTTP API, it appends HTTPS session proof as part of the transaction log. To avoid the problem of bloating data storage, the proof data for relatively old blocks can be packaged and offloaded to external decentralized content-addressable storage such as IPFS.

One notable application of Apsis is On-chain Oracles which provides end-to-end verifiability to access external data. 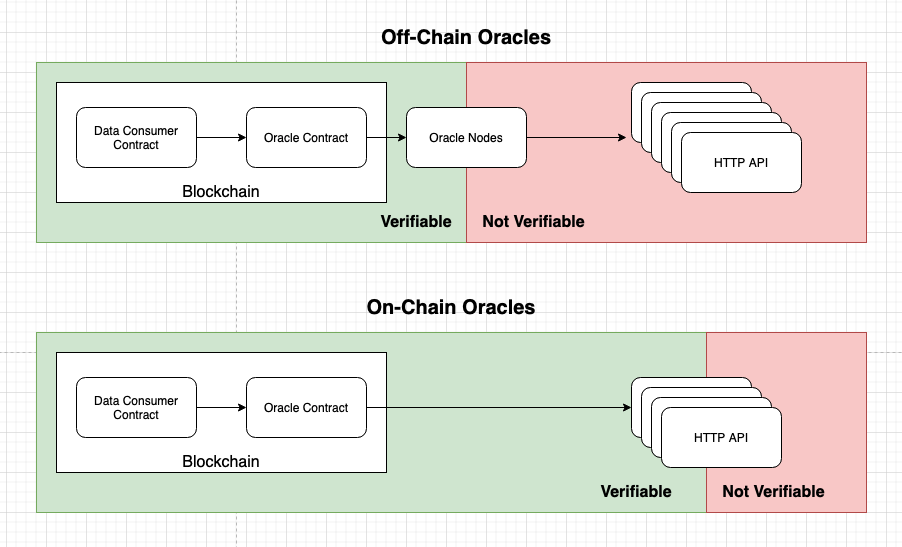 On-chain Oracles can also be accessed by applications on other blockchains via cross-chain bridge. For example, lending protocols on Ethereum can utilize the Apsis-Ethereum bridge to read the latest price from the on-chain Oracles on Apsis. Apsis chain can become an Oracle hub in the incoming multi-chain era.

Apsis can also empower hybrid blockchain applications to take full advantage of both Web 2.0 and 3.0. For example, an electronics retailer can build a sales DApp to sell their televisions and use their existing systems to provide price and inventory information. The whole purchase can be implemented in a single transaction which is not feasible on any existing blockchains.

For more information about Apsis, please refer to Apsis’ lightpaper.

We have similar thoughts at SKALE as a part of adding a reliable internal oracle to SKALE network with Oracle being able to access HTTPS in provable manner.

BTW Offchain Oracles are unfixable, I totally agree. They stop working exactly the moment you need them.