Hey ETHresearch, made a new whitepaper and would love your thoughts. TLDR, the idea is a cross chain AMM / mixer

Charon is a privacy enabled cross-chain automated market maker (PECCAMM). It achieves privacy by breaking the link between deposits on one chain and withdrawals on another. Charon works by having AMMs on multiple chains, with one of the assets on each AMM being the charon dollar (CHD), a free-floating token created by deposits on an alternate chain and then a withdrawal via a zero-knowledge proof . To achieve this cross-chain functionality, charon utilizes an oracle to pass commitments (proof of deposits) between chains.

Charon can be broken down into three parts:

The AMM structure used by charon is a standard two token AMM with single side withdrawals / LP deposits on the CHD side, very similar in many aspects to uniswap or balancer The tokens traded are defined as a “base” token (e.g., native chain asset) and then the charon dollar, a newly minted token created by privacy-enabled deposits from another chain. CHD is a synthetic asset that represents deposits on alternate chains. CHD is burned either when a trade happens for the base asset (CHD is burned rather than added to the pool) or when CHD is deposited as a commitment to the other chain. The only way to add CHD to the AMM is through depositing as an LP, either directly with CHD (single side LP) or with both assets in equal proportions (traditional LP deposit). Since deposits to alternate chains are denominated in constant terms (e.g., 1000 CHD, based on the current AMM price), the newly minted CHD will be roughly stable, tracking external demand for CHD with spreads built in for oracle variability and time constraints due to the lock time of the bridging process.

Charon utilizes an oracle to get information about other chains. Either a native oracle (e.g. the Polygon data bridge ) or another decentralized oracle structure (e.g. tellor ) can be used to pass deposit information from one chain to another. The oracle mechanism is a key point in security as the oracle alone can deposit valid commitments to mint CHD on the destination chain. To achieve security regarding chain finality and allowing time for oracle disputes, users must wait twelve hours before withdrawing CHD on an alternate chain.

In order to allow deposits of multiple different currencies on multiple different chains, the AMM itself is used to price the amount of the deposit (e.g.1000 CHD of ETH). This allows the withdrawal on the destination chain to simply mint 1000 CHD regardless of which currency the deposit came in the form of (e.g. 1000 CHD deposit of ETH on Ethereum or 1000 CHD deposit of MATIC will result in the same withdrawal of 1000 CHD on Optimism (assuming these chains are in the system)). Arbitrage across chains should force the price of CHD to be even on each chain, and if set up properly, should act as a stable medium of exchange across the assets in the system. Due to the long delay between deposit and withdrawal however, parties should be incentivized to keep reserves of CHD and/or leave open withdrawals for quick arbitrage should prices diverge. This arbitrage incentive will help further increase liquidity and anonymity of the system.

There are three sets of users for the charon system: LP’s, bridge/mixer users, and traders. The flow for each user is as follows:

The cryptographic functions for off-chain use are implemented in the circomlib library. Much of the mixer structure and solidity implantation of the Merkle Trees are taken from tornado cash, specifically Poseidon-tornado , a fork with a more efficient hashing algorithm. The Solidity implementation of the Poseidon hasher is created by Iden3 . The SNARK keypair and the Solidity verifier code are generated by the authors using SnarkJS, a tool also made by Iden3.

The security of the system relies completely on the oracle mechanism. If the oracle mechanism was broken, false deposits could be created, and the pool could be drained. Due to the potential regulatory issues of charon, the oracle must also be completely trustless and censorship resistant. For this reason, and other aspects, systems such as native data bridges or Tellor will be used as the trustless bridge. For the specific implementation, the use of longer delays for validation can be used to create a safer system. Long delays allow users to see that Tellor (or another oracle) is being attacked, and then can dispute the malicious value to protect the charon deposits. In the worst-case scenario that the oracle is completely compromised (their dispute voting mechanism is overtaken), the delay also enables current exposed users a window to withdraw funds, leaving the attacker with nothing.

An initial implemenation can be found here: https://github.com/themandalore/charon 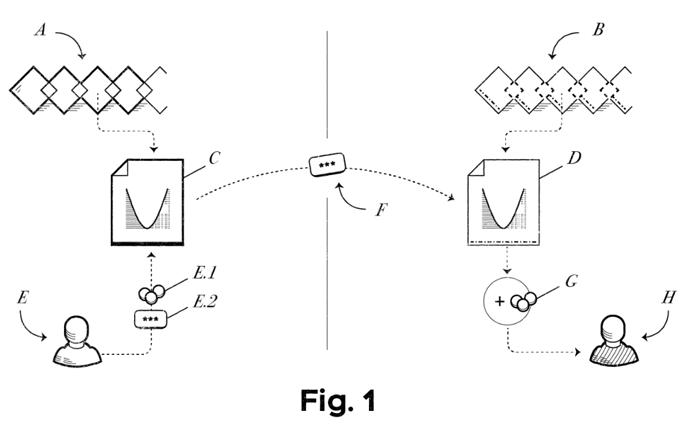