What would break if we lose address collision resistance?

One of the more complicated pre-requisites of state expiry is the need to add more address space to hold new “address periods” every year. The main available solution to this is address space extension, which increases address length to 32 bytes. However, this requires complicated logic for backwards compatibility, and even then existing contracts would have to update.

One alternative is address space compression. We decide on some yet-unused 4-byte prefix, and first agree that it is no longer a valid address prefix. Then, we use those addresses for address periods in the state expiry proposal; the 20 byte address could be formatted as follows:

This greatly reduces the backwards compatibility work required. The only backwards compatibility issue would be dealing the possibility that some existing application has a future CREATE or CREATE2 child address that collides with the 4 byte prefix (really, 5 bytes of collision would be needed to be a problem as address periods would not reach 2 bytes for ~256 years).

However, reducing the hash length to 14 bytes comes with a major sacrifice: we no longer have collision resistance. The cost of finding two distinct privkeys or initcode (or one with a privkey and one with initcode) that have the same address decreases to 2^{56}, which is very feasible for a well-resourced actor. Brute force attacks, finding a new privkey or initcode for an existing address, would still take 2^{112} time and be computationally infeasible for an extremely long time.

It’s also worth noting that even without address space extension, collisions today take 2^{80} time to compute, and that length of time is already within range of nation-state-level actors willing to spend huge amounts of resources. For reference, the Bitcoin network performs 2^{80} SHA256 hashes once every two hours.

This raises the question: what would actually break if we no longer have collision resistance?

If a contract is already on-chain, it is safe (assuming the contract cannot self-destruct or SELFDESTRUCT is banned entirely). In fact, many other blockchains simply give contracts sequentially assigned addresses (usually <= 5 bytes). The only reason Ethereum cannot do this for all accounts is that we need to somehow handle users being able to receive funds when they interact with Ethereum for the first time, and do not yet have an on-chain account.

A user would be able to generate two privkeys that map to the same address. However, there’s nothing that a user could actually do with this ability. Anyone wanting to send funds to that user already trusts that user.

Suppose that Alice, Bob and Charlie are making a 2-of-3 ERC 4337 multisig wallet, and plan to receive funds before they publish it on chain. Suppose Charlie is evil and wishes to steal those funds. Charlie can do the following:

Once the address get_address(A, B, C1) receives funds, they can deploy the initcode with {C2, C2+1, C2+2} and claim the funds for themselves.

Suppose Alice and Bob with addresses A and B are playing chess inside a channel. A typical construction is that they both sent funds into an on-chain channel contract, and they pre-signed a 2-of-2 message that authorizes the channel contract to send those funds into a (not-yet-created) chess contract that instantiates A and B as the two players, requires them to play a chess game with transactions, and sends the funds to the winner.

A natural solution is to revert to something like the way state channels worked before CREATE2 was an option: the 2-of-2 transfer would specify a hash, and there would be a single central resolver that would only transfer funds to a contract that had code that hashed to that particular hash. Alternatively, a state channel system could require that all contracts must be pre-published ahead of time; the chess contract would have to be written to support multiple instances of the game.

General principles of a post-collision-resistance world

In a world where addresses are no longer collision-resistant, the easiest rule for developers and users to remember would be: if you send coins or assets or assign permissions to a not-yet-on-chain address, you are trusting whoever sent you that address. If your intention was to send funds to that person, you are fine. If they are giving you an address to what they claim is a not-yet-published address with a given piece of code that they don’t have a backdoor to, remember that the same address could also be publishable with a different piece of code that they do have a backdoor to.

In such a world, applications would generally just be designed in a way where all addresses except for first-time user wallets are already on chain.

The only backwards compatibility issue would be dealing the possibility that some existing application has a future CREATE or CREATE2 child address that collides with the 4 byte prefix (really, 5 bytes of collision would be needed to be a problem as address periods would not reach 2 bytes for ~256 years).

This feels pretty significant. Do we have any ideas on a workaround or mitigation for this problem? Also, there is the theoretic issue where someone has some assets committed to a not-yet-used address. e.g., create a new private key, derive the address, send tokens (or some other non-obvious asset) to that address but don’t otherwise use the private key at all.

if you send coins or assets or assign permissions to a not-yet-on-chain address, you are trusting whoever sent you that address

I’d also add that implementing something like this is a major break of trust to someone that has already deployed code in the network or has funds in an EOA and suddenly it’s key went from taking 2^160 to 2^112 to crack. Regardless if the latter is unfeasible or not, it is far from the level of security that the user expected at the time of deployment/account creation

@vbuterin the state expiry link is broken, was it suppose to be this one? 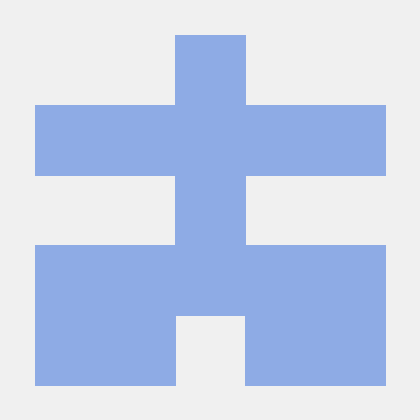 # A state expiry and statelessness roadmap The Ethereum state size is growing quickly. It is curren

It’s important to point out that finding address collisions is not the same as finding a public key collision.

I’m curious why addresses were shortened from 32 bytes to 20 in the first place. Numerai deposit addresses, for example, have many many zeroes in front of them, so their vanity addresses are only a few hexits /orders of magnitude away from finding a collision for the 0x0 address!

Glancing thru geth I don’t see where it happens, but I would guess that the public key for an EOA is stored the first time a transaction is made with it, and it prevents a different key from making signatures on behalf of that address. If that is the case, it curiously shows that instead of using a new address every time to avoid pubkey->privkey crackers, instead you should use your address multiple times to thwart privkey->address crackers!

public key is not stored at all. public key can be derived from signature in ECDSA. The derived public key is converted into ethereum address (using same scheme as done from private key) (Scheme is take last 20 bytes from hash).

So if there is a different private key but can generate valid signatures on behalf of that address, It is not safe. This safety lies on collision resistance of hash function. (As public key is not ever stored, I think any weaknesses in ECDSA algorithm itself won’t be that significant however)

A user would be able to generate two privkeys that map to the same address. However, there’s nothing that a user could actually do with this ability. Anyone wanting to send funds to that user already trusts that user.

What if a different user (attacker) generates different privkey that maps to a random existing address (either EOA or contract).?