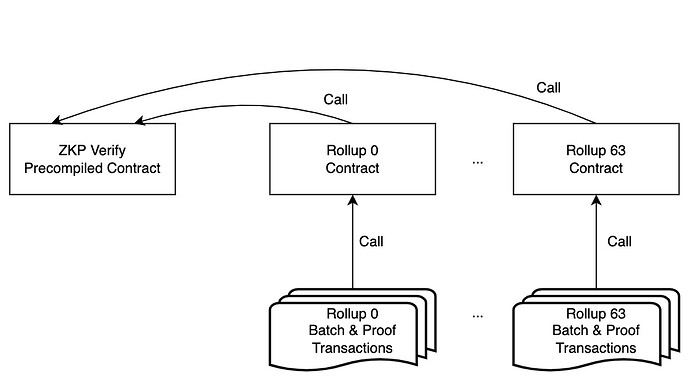 Batch & proof transactions successfully updating the state roots in rollup slots will be rewarded (to the block producer) with coins so that they will have a higher priority in the mempool and settle immediately. If not successful, they will be charged with gas, which is relatively low due to using the precompiled contract.

Is this a kind of setllement rollup? And does your design also supports arbitrary code execution through any SC language?