First, let us start with the granddaddy of quadratic decision protocols, quadratic voting. Quadratic voting is a voting mechanism where you can make n votes for or against a candidate at a cost n^2; the cost could be in dollars or in specially designated “voting tokens” that each person is assigned the same amount of (see here and here for background on why this is a good idea).

Consider a quadratic vote in a case where there are more than two candidates, let’s say for example five; we’ll call them A B C D E. Suppose that you want to express the opinion “I think candidate A deserves one less vote”. There are actually two ways to do it:

As I described in my article on QV/QF, quadratic funding can be viewed as a form of quadratic voting. When you donate $x to a project, you are actually making \sqrt{x} votes in favor of a resolution that moves money from a central pool to that project. How much money? An amount of money equal to the amount that the central pool would have to spend to individually counteract everyone’s vote for the resolution with a single vote against. If two people donate $x and $y, then their combined votes are \sqrt{x} + \sqrt{y}, and the total donation would be (\sqrt{x} + \sqrt{y})^2 - exactly the cost of making \sqrt{x} + \sqrt{y} countervailing votes against.

So now it becomes natural to ask: why not allow people to make votes against? Much like in regular QV, where you can spend x to make \sqrt{x} votes in favor of a motion or to make \sqrt{x} votes against a motion, here too we could allow anyone who contributes x the choice to determine whether this should be treated as a positive signal or a negative signal. For example, if three people contribute $x, $y and $z, but the third participant is making a vote against, the total amount received by the project would be (\sqrt{x} + \sqrt{y} - \sqrt{z})^2. Every voter chooses whether their square root carries a plus sign or a minus sign. If the total sum is negative, then the grant fails outright and the amount received by the project is zero.

Note that the argument for allowing explicit downvoting, and not just downvoting-by-supporting-everyone-else, is the same as before. Spreading your vote among N projects would decrease the strength of each vote by a factor of \approx\sqrt{N} for the same reasons as before, and it certainly adds an imbalance to penalize negative opinions to such a large extent.

In the case of pairwise-bounded QF, we unpack the square-of-sum-of-square-roots into a matrix and look at each pair of contributors separately: 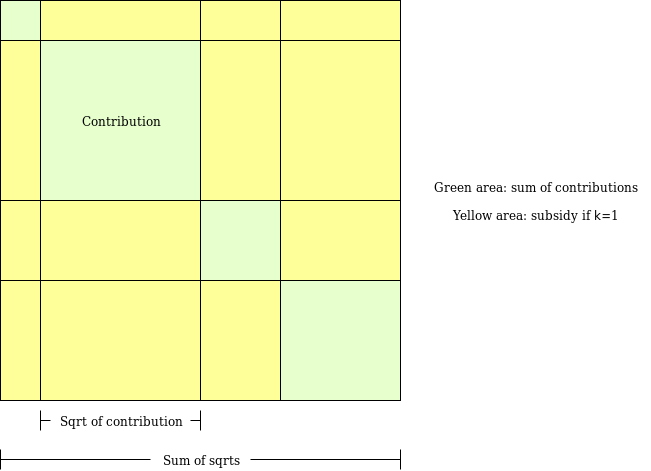 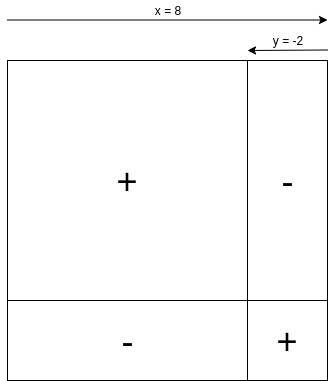 However, there is a problem. In pairwise-bounded QF, every pair has a separate matching coefficient. It’s conceivably possible that there is a set S_1 of contributors who all vote for a project, a set S_2 who all vote against a project, where the matching coefficients between members of S_1 and members of S_2 are all low (because eg. there are N other projects where each project received a large donation from a member of S_1 and from a member of S_2), but matching coefficient between members within S_2 are high. Then, the positive matches M_{i,j} = (-\sqrt{c_i}) * (-\sqrt{c_j}) (where i,j \in S_2) would exceed the negative matches M_{i,k} = (-\sqrt{c_i}) * (+\sqrt{c_k}) where k \in S_1, and so a set of negative matches could increase the total!

I see two solutions to this:

I prefer the second; particularly, note that in the case where all correlation coefficients are identical it returns the result that you get from the basic quadratic matching formula.

When a negative contribution reduces the total match from a project, where do the funds go? Simple: they get proportionately redistributed to other projects.

Why would negative contributions be treated as a sort of opposing force to positive contributions per project? A better approach may be to start with what the incorporation of negative feedback is attempting to accomplish, and then construct a viable “social design” for incorporating this into CLR from principles.

The Round 4 CLR system enabled quadratic funding w/ matching for a set of projects, but did not facilitate community feedback to specify preferences such as “against”. In traditional political systems and user interfaces, preferences against an option often use a very different approach than preferences for. For example, in courts the opposing attorney can interrupt proceedings with an objection based on certain criteria.

Proper reasons for objecting to a question asked to a witness include: 1.Ambiguous, confusing, misleading, vague, unintelligible: the question is not clear and precise enough for the witness to properly answer. | 2.Arguing the law: counsel is instructing the jury on the law. | 3.Argumentative: the question makes an argument rather than asking a question. | 4.Asked and answered: when the same attorney continues to ask the same question and they have already received an answer. Usually seen aft...

In this case of CLR, perhaps the other feedback that is incorporated (negative or otherwise) can take on the form of a QV at certain time windows, the results triggering certain properties affecting the outcomes. Properties might include bonuses, penalties, even disqualification.

This creates a control system around the CLR, bringing ideas from control theory to liberal radicalism. 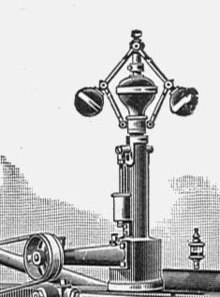 A control system manages, commands, directs, or regulates the behavior of other devices or systems using control loops. It can range from a single home heating controller using a thermostat controlling a domestic boiler to large Industrial control systems which are used for controlling processes or machines. For continuously modulated control, a feedback controller is used to automatically control a process or operation. The control system compares the value or status of the process variable (...

In traditional political systems and user interfaces, preferences against an option often use a very different approach than preferences for.

I wonder why this is the case. At first glance there is certainly no mathematical reason to do such a thing, and it seems very plausible that the idea that zero is some kind of special pivot point is just a psychological bias. And in market-like systems, a less prominent zero pivot (eg. ease of shorting) is typically considered a sign of more efficiency.

Perhaps we’ll learn from doing a round of the experiment.

Seeing CLR as a series of experiments is exactly the right approach, and will lead to a much better design in the long run!

One reason for the asymmetry may be “negativity bias” in users. This is the idea from psychology research and behavorial finance that events or notions that are perceived as negative have greater salience in the mind (among other interesting properties).

I don’t know how researchers measure these properties, and of course take it with a grain of salt.

The abstract from the classic paper “Negativity Bias, Negativity Dominance, and Contagion” on this effect is here:
https://journals.sagepub.com/doi/abs/10.1207/S15327957PSPR0504_2?journalCode=psra

There’s also anti-negativity biases, eg. average ratings typically quickly climb to near-100%. Definitely a valuable point that this is something that may need to be designed around!

Yes, this one you’re referring to is probably “social influence bias”, in which initial positive inputs like ratings / stars / upvotes lead to subsequent positive inputs, and reinforcement. Initial negative ratings do not have the same kind of amplification. Restaurants suddenly become 5-star places with lines, meanwhile the same kind of place across the street can’t get a break.

The social influence bias is an asymmetric herding effect on online social media platforms which makes users overcompensate for negative ratings but amplify positive ones. Positive social influence can accumulate and result in a rating bubble, while negative social influence is neutralized by crowd correction. This phenomenon was first described in a paper written by Lev Muchnik, Sinan Aral and Sean J. Taylor in 2014, then the question was revisited by Cicognani et al., who's exper Online custome...

I wonder how this effect relates to witch-hunting / scapegoating / moral panics, which involve a negative value but seem to take on a similar amplification of value assignment.

There is the potential for witch-hunting effects to impact negative votes. Similar to the case you brought up in your CLR Round 4 retrospective, the nature of a particular project can be seen as a violation of the moral/ethical status quo or expectation, leading to a sudden buildup of negative votes submitted.

The information needs to be incorporated, but extreme effects stemming from biases “designed around”.