It is more and more acknowledged that the best situation for Ethereum utility and value is the following positioning : 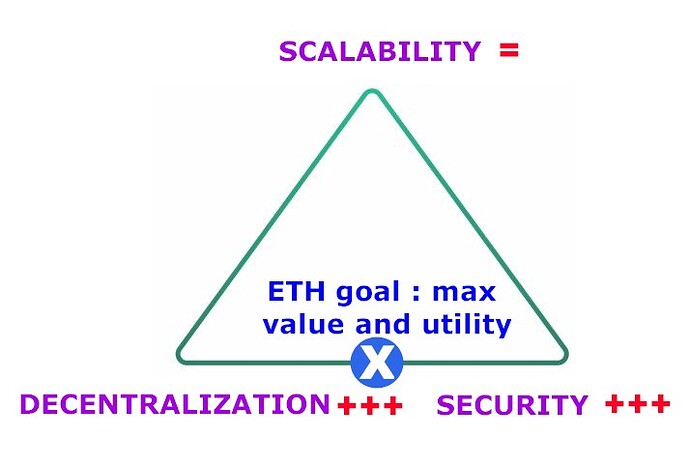 Scalability = : not so good scalability, because improving scalability is reducing decentralization and / or security (Blockchain trilemma, CAP Theorem). As a result, scalability is devoted to L2 and L3 layers. 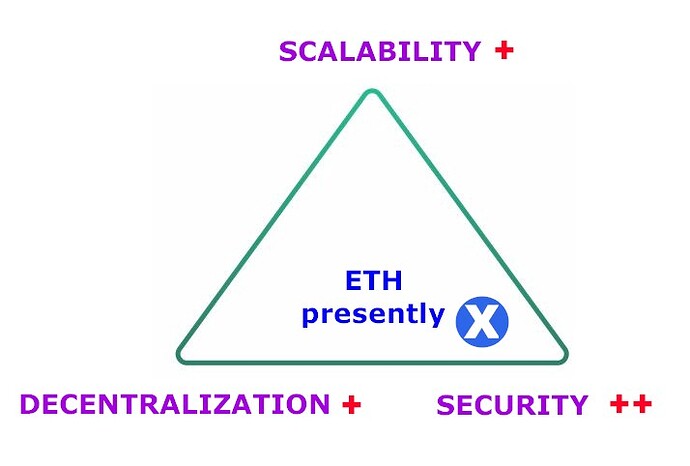 Decentralization + : currently, the vast majority of Ethereum nodes are running on AWS, as much as 90 % according to cointelegraph. Most nodes are managed by a few actors : Lido, Coinbase, …

Security ++ : the technical level of security seems very good, but with such centralization of nodes, there are security and censorship risks. For example, due to the fact that most nodes are running in the US on AWS, the SEC claims is has a jurisdiction on all Ethereum transactions :

As a result of the SEC jurisdiction claims, there will be more pressure to censor transactions.

Scalability = : the blockchain is pretty fast, even if the number of transactions is limited. 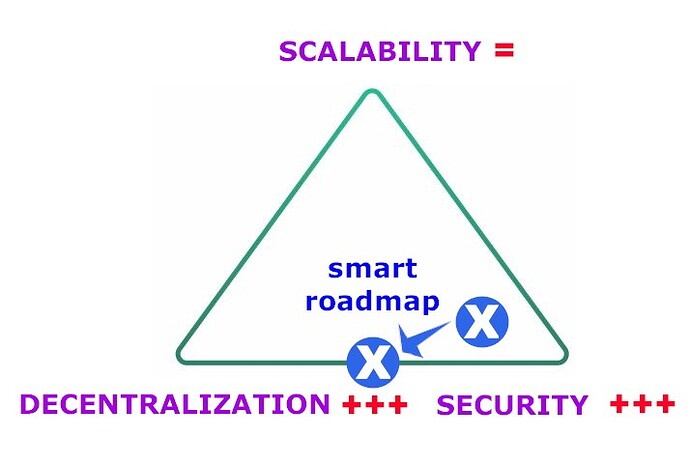 A few thoughts and suggestions :

A priority should be to increase decentralization : solo validation should be the norm, it is currently the exception. If you look at the Ethereum website and look for information to run a node, you get here : Run a node | ethereum.org You have a link to a website called dappnode, with a shop Products - Dappnode

There is little information, is this an independent project, how reliable is it, is it really non custodial … ?

If you look further, you learn that you can delegate the everyday management of a node with a “staking as a service” provider : Staking as a service | ethereum.org According to the page, the only open source and audited provider is BloxStaking. Yet, it has very little popularity, with less than 1000 subscribers on their youtube channel.

Once again, how reliable is it, is it really non custodial … ?

Currently, running a node is too complex and too demanding. As a result, Eth users turn to Lido, Coinbase and other big actors. And even these big actors are afraid not to be able to run nodes properly in an efficient way, that’s why they turn to AWS.

To improve decentralization, a few ideas :

To increase scalability, more tools are needed to build L2 and L3 layers more easily. There are currently only a few actors providing L2 layers, while an intense competition is needed to reach mass and fast transactions with zero fee. There should be official and open source solutions for people and firms who would like to run a L2 or a L3 layer.

Security is also security of funds, financial and fiscal security. I made a topic a few months ago about these aspects. In particular, validators should have the option of collecting the income of staking on a separate Ethereum address of their choice.

Also, while the end-game of the current roadmap may be a focus on decentralization and security, the path we are currently on takes us away from decentralization in an attempt to become more scalable, with plans to "eventually fix the decentralization/censorship resistance problems that we create along the way.